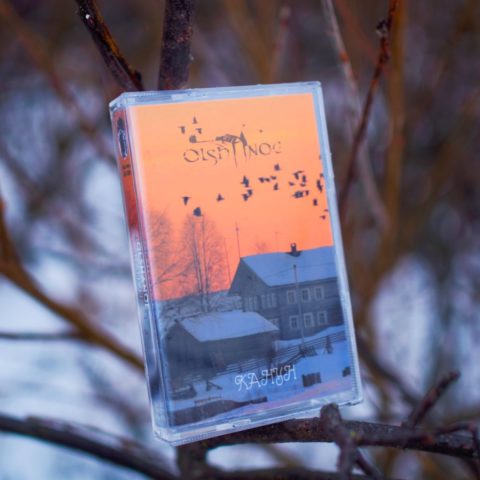 Get ready for a new little cassette release: EP-album “Kanun” (Russian for “the eve”) by Olshanoe, formerly known as Isa, a band from the Siberian city of Novosibirsk. The EP was released digitally in the last days of 2019, and was marked by the removal of post-rock guitars, letting the listener to freely dive into the ocean of analogue ambient sound, while retaining the bright but frosty melodies performed with bayan and gusli. As the author explains about the concept of the eve, “The best that can be in a person’s life is not a holiday, but the expectation of a holiday, the threshold of the joyful event.”

The release with be recorded on a chrome (Type II) tape, coming in a transparent cassette shell and a transparent jewel case, with an inlay of thick laminated paper. As usual, everything will be decorated with a fine design in our label’s traditional style.