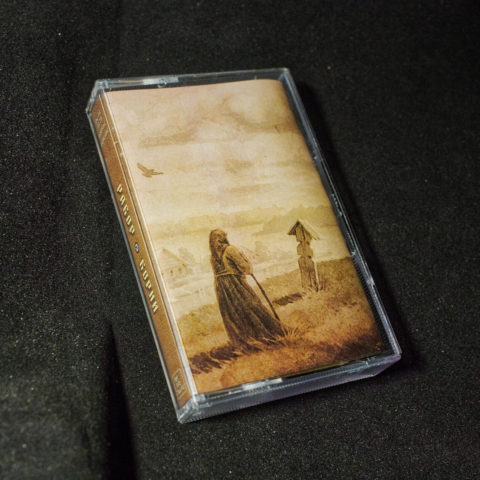 Our little label proudly presents a new release: “Roots” by the folk formation RABOR from Kostroma, Russia, on a collectable compact cassette!

The cassette is available in two versions: basic and limited edition. The latter includes the additional external laminated cover. Both versions are recorded on a chrome (type II) tape, include a four-pane inlay containing the lyrics and the additional info and a clear plastic box.

Since its inception the project Rabor was driven mostly by the sincere interest to the history of the native region of Kostroma and the love for its people, they were the starting point and the spiritual force behind its development throughout many years from a one-man dungeon-synth project to a powerful and atmospheric dark-folk group actively using various authentic folk instruments of the Kostroma region. Recording of the 2018’s album “Roots” (Корни) has become a pivotal point for the band, as it was the first album where the sound of Rabor has become truly live and acoustic, as opposed to the synth-driven previous works, and the themes of the tracks become most tightly involved with the live history of the people.